Established by Seamus & Joan Connolly over 30 years ago, we are a family business with a passion for food.

Seamus Connolly Catering was established in 1988 by husband and wife team, Seamus and Joan Connolly. Studying at both DIT Cathal Brugha Street and Galway IT, Seamus was also one of the last to study at Maynooth University Catering College. Seamus developed his passion and skills in many positions as head chef before starting his own business. Joan qualified as a chef also from DIT and her flair and passion can be found in many of the dishes and food we produce.

The business began in the small kitchen of Seamus and Joan’s house, with them catering for a couple of functions each weekend. As the years passed, the addition of an industrial kitchen allowed the business to expand. As the head chef and company director, Seamus oversaw the development of both the menus and the business, and was always at the centre of the functions we catered for.

2010 saw the addition of Seamus and Joan’s son Gareth to the team. Newly qualified from DIT Cathal Brugha Street, Gareth brought a new approach to the business – developing new dishes, new menus, and upgrading much of the operation to fall in line with emerging trends.

In 2019 Seamus took a back seat due to ill-health and Gareth became the frontman of the business. The team carried on just as Seamus wanted, of course he was always in the back to give a helping hand or to tell you if you were doing something wrong!

April 2020 was the hardest time for us all as we lost our beloved Seamus. The legend left us for his eternal rest after a long and hard-fought battle. The business was entrusted to Gareth and himself and Joan have some fantastic plans for its future. Today we remember Seamus in everything we do, we will never forget him. As the trading name reminds us Seamus Connolly was Simply the Best. 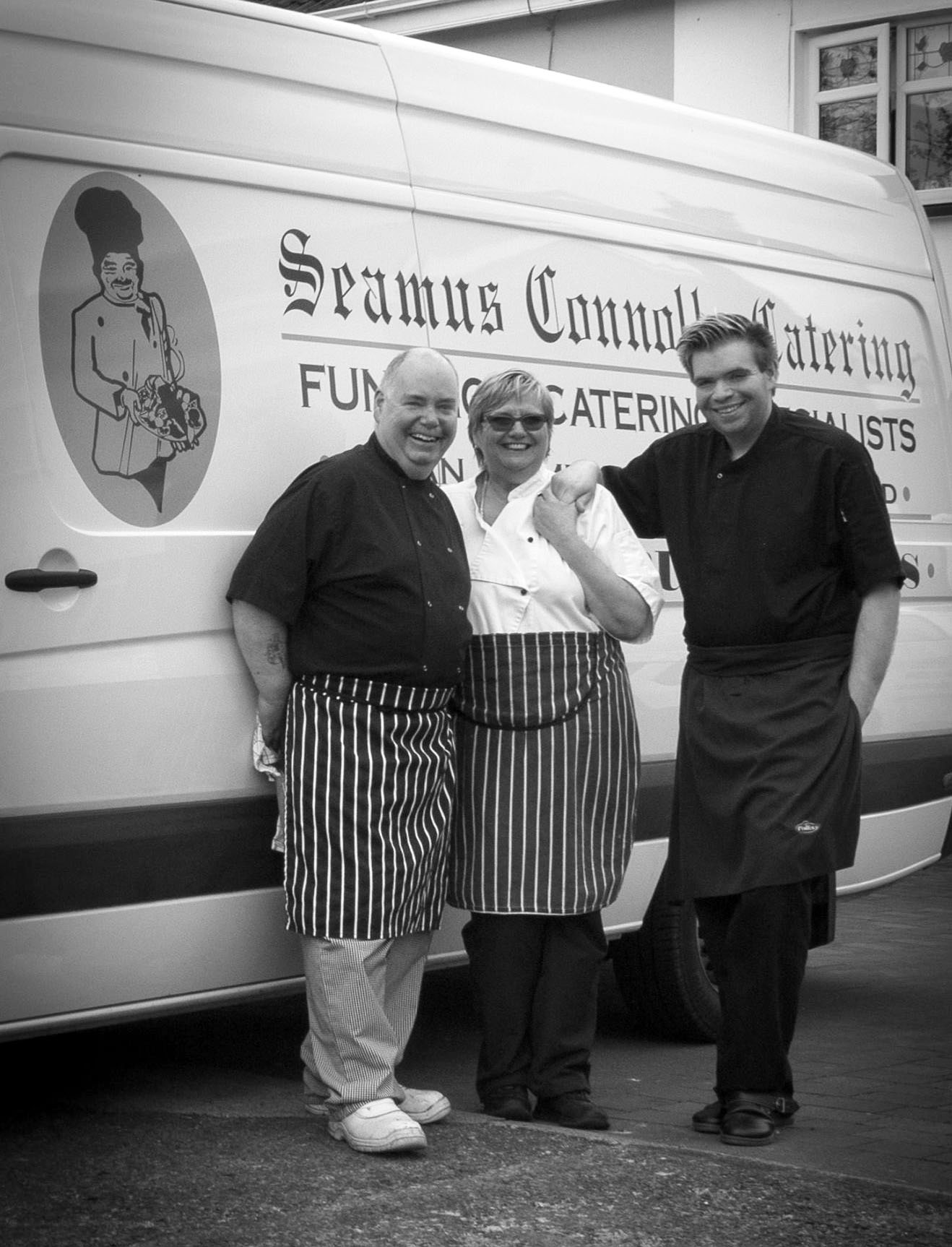 Don’t be shy! We’d love to chat with you about catering for your special event.